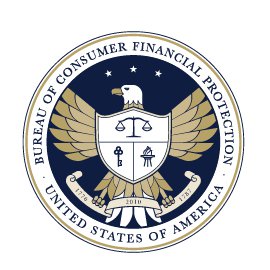 After quietly beginning to institute a new name at the Consumer Financial Protection Bureau earlier this year, Acting Director Mick Mulvaney is making the change official.

No one is quite sure who switched to the CFPB formulation or what their reasoning was, according to American Banker, although Mulvaney directed a dig at bureau founder Sen. Elizabeth Warren (D.-Mass.) on the subject. Warren has been at odds with Mulvaney over his leadership of the bureau since Trump named him interim director in November.

“I’m trying to get in the habit of now saying the ‘BCFP.’ It’s really, really hard to do that when you’ve said the CFPB for so long,” Mulvaney said at the ABA conference. “We do call it the bureau and were hoping that that sticks.”

The bureau also has requested the Associated Press update the agency’s listing in its stylebook to reflect the change.

Critics of the move argued that it essentially threw away years of media exposure and brand recognition, as well as reordering the bureau’s focus and priorities.

“Only an idiot would walk away from such a successful investment in this brand,” Karl Frisch, executive director of consumer watchdog organization Allied Progress, told the Washington Examiner. “An idiot or someone who wants to make the CFPB look, feel, and sound more bureaucratic and less like an accessible champion for consumers.”

This move is the latest in a string of tweaks to rein in the bureau that Mulvaney has made during his tenure, including a rewording of its mission statement and a request to Congress to greatly curtail the bureau’s powers.

Mulvaney began the rechristening with a soft rollout, updating the language in bureau press releases and other announcements in mid-April, albeit inconsistently.

References to the ‘Consumer Financial Protection Bureau’ and ‘CFPB’ still abound on the agency website, email addresses still end in ‘cfpb.gov’, and its twitter handle is still @CFPB – at least for now.