Kathleen Kraninger, Trump’s appointee to lead the Consumer Financial Protection Bureau, was confirmed in a 50-49 party-line Senate vote. The Office of Management and Budget staffer replaces her OMB boss Mick Mulvaney as head of the CFPB. 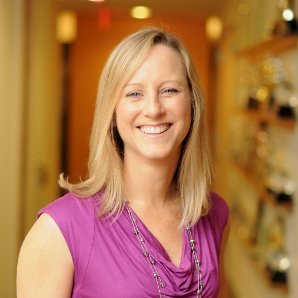 Kathleen Kraninger, Trump’s appointee to lead the Consumer Financial Protection Bureau, was confirmed in a Senate vote on Thursday.

Most recently an Office of Management and Budget staffer, Kraninger was nominated to replace her OMB boss Mick Mulvaney as head of the CFPB in June. She was confirmed 50-49 along party lines. Sen. Tom Tillis, R-N.C., abstained from voting.

Kraninger has faced stiff opposition from Democrats, many of whom questioned her qualifications for the role. She has also come under fire for her involvement in some controversial policies and events of the Trump administration, including its response to Hurricane Maria in Puerto Rico and the child-separation policy at the border.

Some Democrats criticized what they saw as her lack of answers to questions on those two factors. “She is refusing to describe her role in two very public management failures because she knows it would destroy her case for her nomination,” said Sen. Elizabeth Warren (D-Mass.), a driving force behind the CFPB’s creation.

Even some conservatives expressed hesitation over her qualifications. She is a “mid-level budget staffer lacking expertise, chosen to lead one of the most powerful agencies in the government,” J.W. Verret, a law professor at George Mason University who was chief economist for Rep. Jeb Hensarling, (R-Texas) told the Wall Street Journal.

Others supported the OMB staffer. “Ms. Kraninger brings a wealth of experience to an agency in need of a renewed, consumer-focused mission,” said Senate Majority Leader Mitch McConnell, R-Ky., in a statement prior to the vote.

Those in the financial services industry have been largely in favor of Kraninger’s nomination.

“We learned during her nomination hearing that she believes in promoting competition and appropriately tailoring regulations by taking into account both costs and benefits,” said Rob Nichols, president of the American Bankers Association. “We share those views, and believe those principles will benefit consumers while allowing banks to better serve their customers and innovate.”